Learn more about why some perennials that should be hardy in your area didn't make it through the winter. When you read the growing recommendations of most perennials, you’ll see that “well-drained soil” is repeated over and over again. This isn’t just a formality; it really is important, especially if you’d like to see your perennials thrive for multiple years. For many gardeners, this means having to amend the soil before planting new perennials.

Well-drained soil contains a mix of about 30% organic matter like compost, humus, soil conditioner and shredded leaves along with the native clay or sand that is naturally found in your garden. If you dig a 10-12” deep hole and fill it with water, it should drain completely in less than one hour. If not, you’ll need to add more organic matter to increase the drainage rate.

Well-drained soil is important during the growing months, especially with perennials that prefer drier conditions. But it is during the winter months that good drainage literally becomes a matter of life or death for perennials. More perennials are killed by soils that stay freezing cold and wet over the winter than are harmed by freezing temperatures. Further, perennials that have made it through the coldest winter months can be harmed in late winter in climates that receive a ton of snow that melts very slowly. No one likes to have cold, wet feet for a prolonged period, including perennials. Some perennials are more sensitive than others to winter wetness. Typically, they are perennials with very fragile roots, those that require dry soils, and those with hollow stems. Liatris (Blazing Star), Delphiniums, Dianthus (Pinks), Veronica, Echinacea, Salvia, Heuchera, Lavender, Agastache, and a number of other perennials are prone to crown rot if they remain in wet soil over the winter.

Hollow-stemmed perennials like Delphiniums, Salvias and some ornamental grasses should not be cut back in the fall. Their hollow stems act like straws, directing the icy cold water down into the crown of the plant. When the water freezes and thaws, it can cause the crown of the plant to split open and rot.

When spring arrives in your garden, take a look around to see which plants did not survive the winter. If they should have been cold hardy in your zone, check the surrounding soil. Winter wetness is the likely culprit. Be sure to amend the soil in that spot with organic matter before planting anything new so you’ll have better luck next time. 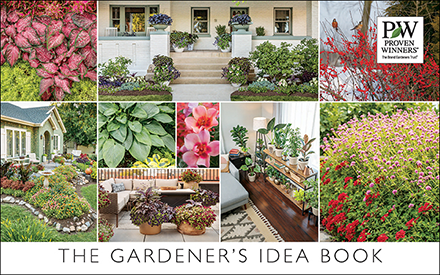